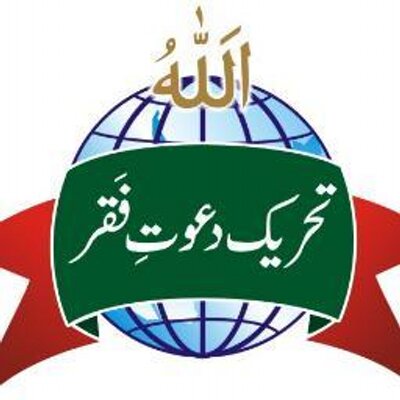 To spread the teachings of Faqr (Al faqr) and invite Muslims towards purity of soul, in order to strengthen their relation with Allah so as to improve their lives in both the worlds, Sultan ul Ashiqeen Hazrat Sakhi Sultan Mohammad Najib-ur-Rehman has founded Tehreek Dawat e Faqr who is present Imam of Sarwari Qadri order of Sultan Bahoo (read Shajra e Faqr of Sultan Bahoo here). This Tehreek is propagating the message of Faqr through written literature (books, pamphlets, monthly magazine “Mahnama-Sultan-ul-Faqr”), speeches and direct verbal preaching to common people. Website Development Wing of Tehreek Dawat e Faqr has developed this website is also the continuation of this propagation.

Importance and Need of Tehreek Dawat-e-Faqr

The fact of the matter is that in the present world it has become more important to join the path of Faqr which is the legacy of Prophet Mohammad which was transferred to Umma through Hazrat Ali, the lion of Allah because the curses of greed, malice, dissolute, and chaos have captured the whole society. Since we have deviated from the right path that leads us close to Allah, Allah’s will is also not in our favor. Religious scholars are dividing the muslim society in more and more sections on the basis of differences in beliefs and ways of physical prayers. Much knowledge is being spread about the extrinsic aspect of the religion but no efforts are being made to arouse the true soul of the religion i.e. getting intimate knowledge and recognition of Allah by being spiritually close to Him. The results are evident in the form of downfall of muslims all over the world.

Sacrifice and loyality with Allah