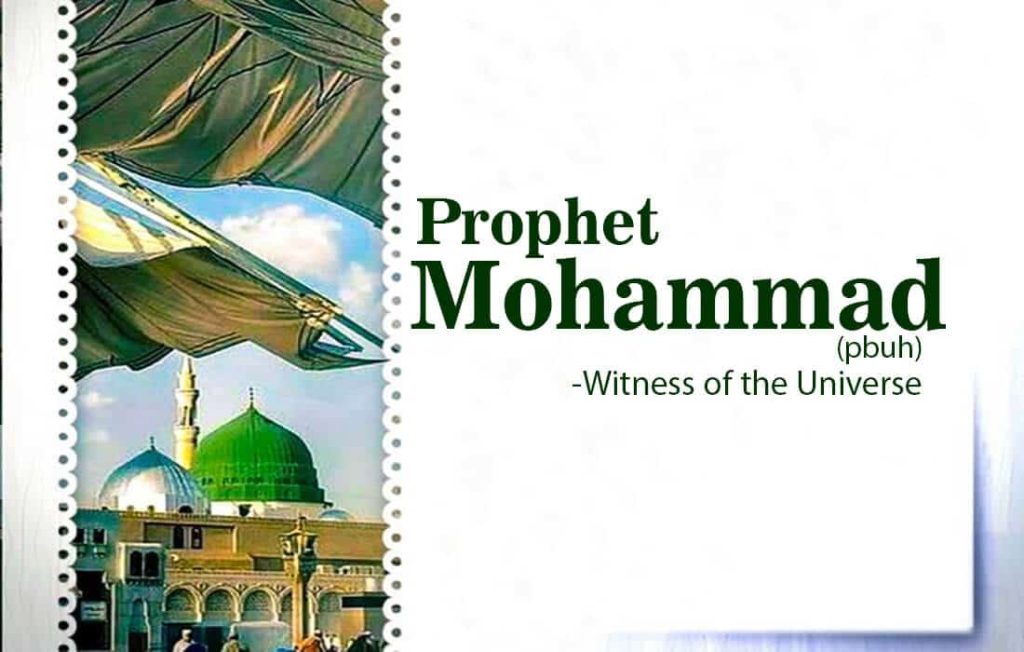 Witness of the Universe

According to the Mohammadan Reality, Prophet Mohammad (pbuh) is the soul and foundation of this universe. Being the reality and base of existence, the Noor of his sacred self and perfect prophethood is present in each and every particle. On the basis of this presence, he is the witness and beholder of every bit of the universe. So his presence is constant and perpetual in each and every particle of the universe. He can appear at various places simultaneously in a blink and is present and watchful everywhere. It is the grandeur of the omnipresence of his life that he is watching every follower along with his actions. The Holy Quran reveals this fact as:

Remember! Every judicial court accepts an eyewitness and no one accepts any incident without a proof or authentic evidence. Nonetheless, we are discussing the matter of witness in the highest court of the universe.

Allah and His Prophet (pbuh) are Watching Every Deed

And Allah and His Prophet are watching your deeds. (9: 94)

In this verse, Allah told the Muslims that not only is He watching, His Prophet is also watching their actions. Does this verse imply that the Prophet was only watching actions of his sacred Companions? Let us suppose! If he was watching their actions only then, did the sacred Companions do all their actions in his presence? Did the Prophet not watch actions which they did in his absence or in their homes or out of sight? Verily, this verse implies that he was watching all of their actions. Hence this proves that the Prophet also observes actions not done in his physical presence. Similarly, he is also observing all the actions of his umma and is the witness of every action of his followers.

On the Doomsday he would also give the evidence for the people of his umma as how much they accepted the message of allah. Allah says:

The Prophet is nearer to the Momins than their own selves. (33: 6)

In this verse Allah mentions Momin, not Muslim. Difference between a Muslim and a Momin is that a Muslim accepts the realities of religion by his tongue only while the Momin endorses them by his heart. No momin is deprived of Prophet Mohammad’s (pbuh) closeness, as Iqbal says:

Meaning: The whole universe is the asset of a self-sacrificing Momin. That person cannot be a Momin who does not possess the nearness of the Holy Prophet (pbuh).

Thus, this proves that Prophet Mohammad (pbuh) is spiritually close to every Momin but hides himself like the angels. The lucky one who removes his human veils gets his closeness and vision.

Experiences with the Holy Prophet (pbuh)

According to Shaikh Abu Al A’as Marsy, he has never been separated from the Holy Prophet (pbuh) even once in the past forty years and he keeps beholding him every moment. If Holy Prophet (pbuh) is out of sight even for the moment of a blink, he would not consider himself a Muslim. (Jam-e-Karamat-e-Auliya Imam Nabhani)

The Divine Trust of Faqr and Sultan Bahoo’s Experience of

The Divine trust of Faqr and all the spiritual levels are received from the court of the Holy Prophet (pbuh) and nobody can attain any level of sainthood and closeness to Allah without Holy Prophet (pbuh)’s mediation and permission.

This experience of Sultan Bahoo reveals the eternal life of the Holy Prophet (pbuh). He is the witness of everyone and is watching everybody’s actions, as the evidence is always given when something is observed. Without eyewitness, no evidence is accepted anywhere. Hence, on the Day of Judgment he would not only be a witness of every member of his nation but also of the people of the past nations because the Real Existence which is the all-seeing and all-hearing since pre-eternity is the same and that is the Mohammadan Reality.

This blog is English translation of an Urdu article of the magazine “Mahnama Sultan-ul-Faqr Lahore” for the month of October 2021. The title of the Urdu article is: