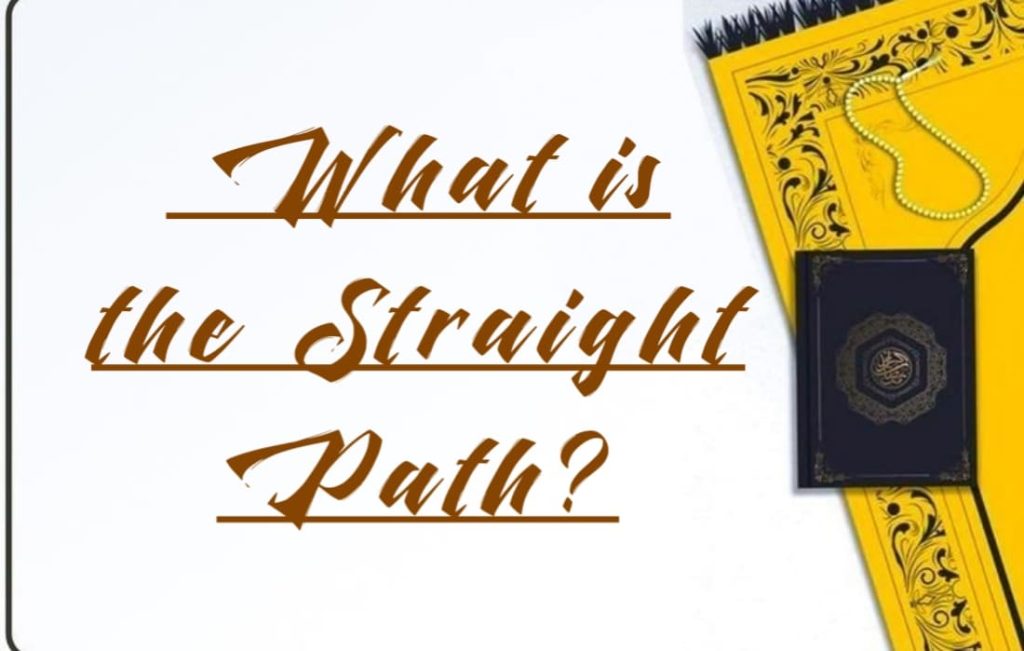 What is the Straight Path?

It is related in Musnad Ahmad ibn Hanbal:

Allah’s help and favour is required to travel the straight path and avoid satanic paths because man cannot travel this path on his own. However, it is up to him to wish for it. And this is what Allah commands.

Who Does Allah Reward with Straight Path?

Allah also says: “Ask from me I will provide”. “The Almighty Allah grants this path to those who sincerely have a desire to walk on the straight path”. Allah said:

It is clear from this verse that Allah helps and fulfils the demands of those who strive. Now it is up to the person how intensely he desires something.

No one will be able to complain to Allah on the day of judgement. Allah will reveal the reality upon them that closeness and distance from Him is only according to their desire.

The first group in this verse is the group of Prophets whom Allah rewards regardless. Because the chain of prophethood has ended at the Holy Prophet (pbuh), who are the people of guidance now? Who should we follow? They are the truthful, martyre and pious people whom Allah rewarded. Their path is Allah’s path. Hamid Saeed Kazmi calls these people as the perfect Saints. A perfect Saint has these three attributes:

A perfect Saint is honest and always says truth. His esoteric self is clean like a mirror because of the light of truthfulness. And he is at the level of inward verification.

The Saints and Fakirs are righteous people and loving them is in fact loving Allah. Because their inwards are filled with Divine love.

Saints and Fakirs and the Straight Path

Some people think the Saints’ and Fakirs’ path is different from that of Prophets and refuse to follow it whereas it is not the case.

Fakirs’ path is the same as Allah’s and His Prophet (pbuh)’s and the Holy Quran has ordered to follow it. Allah says:

Many people misunderstand and think that money, offspring, health, fame, etc. are the rewards of Allah but this is not true. These are all just Allah’s kindness for His creation. Allah provides these blessing to even those who do not believe in Him or commit polytheism.

His true reward is Divine gnosis, closeness and vision. This special reward is for the people who love Allah, whose inwards are filled with Divine light, on whom Allah’s beauty has spread and they have reached the level of immortality with Allah and annihilation in Allah by annihilating their self. They are the people about whom it is said that if you see them you see Allah, if you feed them you feed Allah and whoever sat beside them sat beside Allah. These are the people who light up inwards, none of their breaths is without Allah’s remembrance. This is the rope Allah has said to grasp.

Explanation: You do not have any worth in this world unless you associate yourself with the perfect spiritual guide.

Following the perfect spiritual guide guarantees forgiveness because travelling any path without the guide is traveling in error. Sultan-ul-Ashiqeen is present today as the perfect spiritual guide of this era. Whoever wants to travel the straight path should know that no other way is correct. He grants Ism-e-Allah Zaat daily without allegiance and austerity and hard work. It is an open invitation to everyone to come and associate themselves with him and become a part of the rewarded group. May Allah help us travel the straight path. Ameen.

Q.1 What is the straight path?

Ans. The straight path is the path of Divine gnosis and closeness which is reached through the Fakirs.

Q.2 Who can help travel the straight path?

This blog is English translation of an Urdu article of the magazine “Mahnama Sultan-ul-Faqr Lahore” for the month of February, 2022. The title of the Urdu article is: